Sorry I've been so quiet recently, it's just been an interesting year so far.

To start off, we brought in a new addition to the family. Meet Sammy. 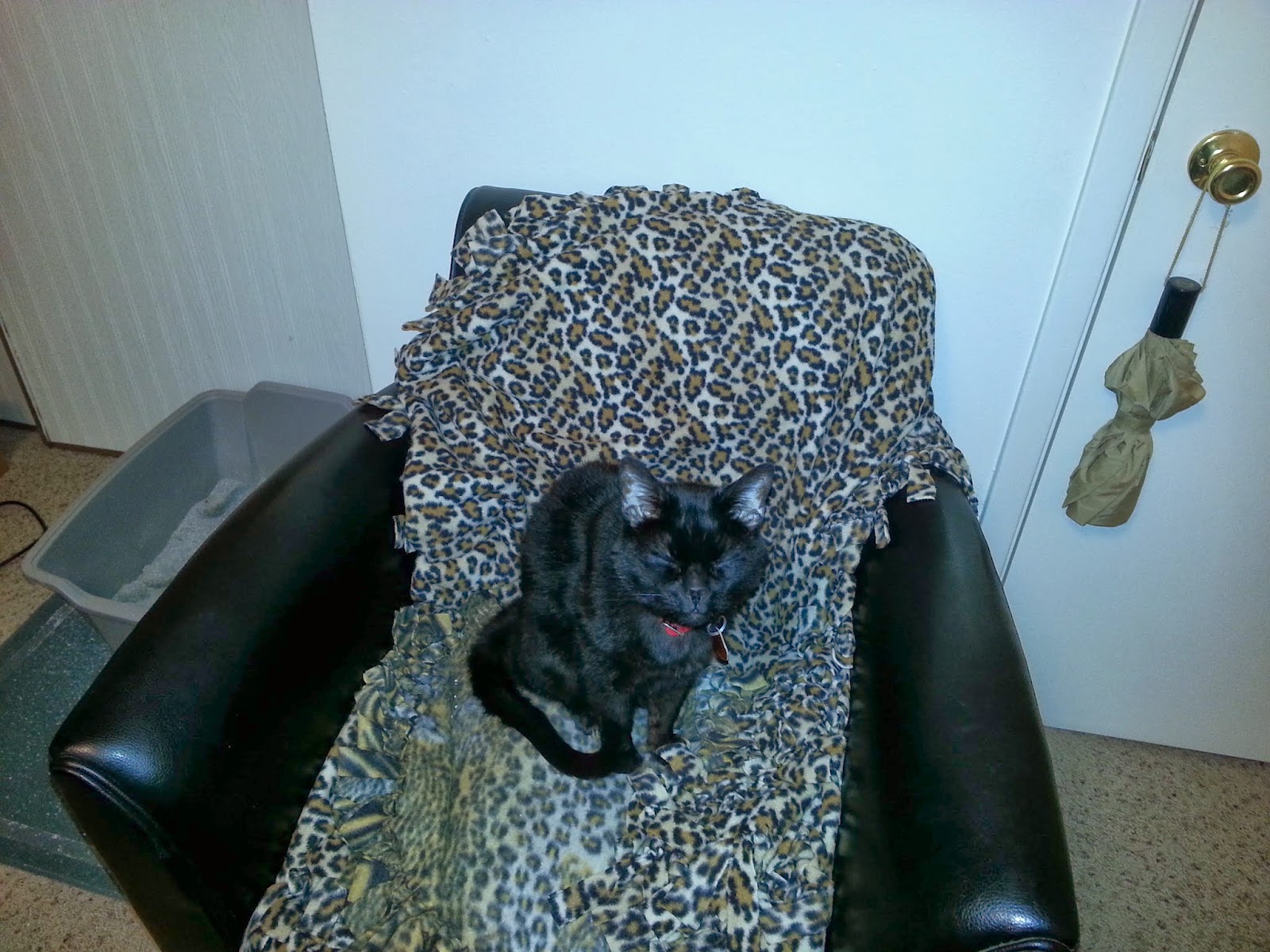 Sammy is roughly a 13-15 year old cat that we got from my friend Nathan. Nathan is living in a condo with a roommate and just felt like he wasn't able to provide a good home for Sammy anymore due to having to basically confine him to 1 bathroom so Charleen and I talked it over and decided that it might be nice for Slider to have some company. For the most part it's working out just fine. Sammy just has some quirks. He has a tendency to throw up if he gets upset and eats too much, and he occasionally has bathroom accidents. So it's a bit of an adjustment from a cat that only needs to be fed twice a day and almost never has any health problems. Either way, we love him and he and Slider have a pretty good if just a bit brotherly rough-housing relationship.

Near the end of January, one of our neighbors slid into our parked car in the lot outside our building. It wasn't much damage, just a cracked rear bumper, but there's a bit of a communication barrier so it's been a drawn out process to work through him to get a check to cover the damage. Thankfully that just came in the mail yesterday so we can now go about getting the appointment set up and finally get the car fixed.

A little over 2 weeks ago, I woke up to hear the toilet gurgling at about 3 AM. Charleen mentioned that both of them had been doing it all night. Strangely enough, I was the one sleeping through it all. Typically, she's the heavy sleeper between us. Anyway, I took a look at them and we didn't have any leaks that I could see, they just didn't seem to want to flush right. I decided to wait 'till a decent hour to call the landlord and have them take care of it during the day. I called around 6:50 as I was finishing getting ready to go to work. The landlord mentioned that someone else was having some plumbing issues as well and she'd send someone over when she got in that morning. About 10 minutes later, Charleen noticed water seeping out from under the utility room door and into the kitchen. We managed to get everything out of the way of the water and called back the landlord who came over within 30 minutes to shut off the water. All said and done, nothing was damaged, it only collected on a linoleum floor, and after the maintenance guys used a shop vac to collect most of the water, I mopped the floor with bleach before heading in to work.

Last Saturday, Charleen and I were heading out to dinner with friends only to discover that our bikes had been stolen from inside our building where they were locked up. Long story short, we got them back 9 days later after they were spotted at a pawn shop. I'm going to write out a separate post on this one since I think it deserves a bit more background. It's a big relief to have them back, but the whole process was frustrating and stressful for both Charleen and me.

So yeah, that's been the start of 2014 for me. I'll post the bike story soon, and I've got a lot of other thoughts that I keep meaning to post about, it's just a matter of finding the time and energy do writ them.
Posted by Patrick at 8:13 PM