So, most of you have figured it out already, but Charleen and I are kind of geeky. We're both into reading, video games, super heros, and many sci-fi/fantasy shows. Well, since those are the things we like, it's only natural that we hang out with other people that have similar interests. It just so happens that I work with a couple of them and they let me know earlier this week that there was a Comic-Con coming to Dubuque this weekend. We've never been to one so we thought we'd give it a shot, and we brought the kiddo along. Thankfully, my cousin out in California had recently sent us the perfect onesie for him to wear; especially since one of my friends was going to be dressing up in a suitably themed costume. This was the result. 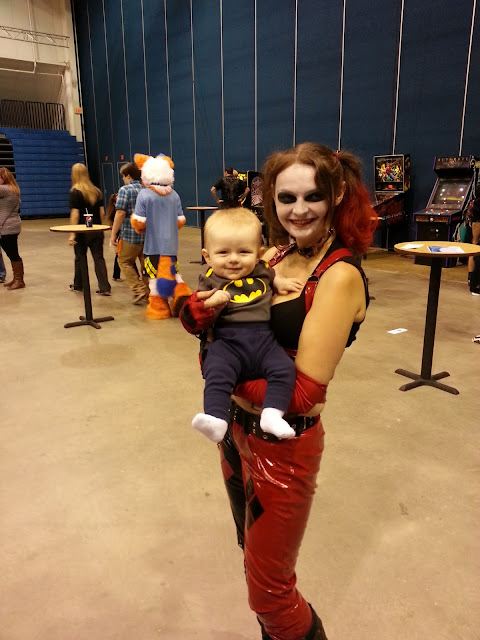 It was a pretty small event, but it was a nice little outing for the family. I tried to get a picture of the costume contest, but the lighting wasn't very good. 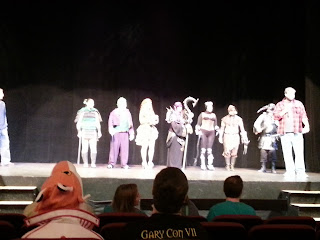 So, bottom line, thanks to our friends, Ryan and Celesta, for inviting us to share the comic-con with them. They both have several very good costumes that they've made, but I think they were each wearing my personal favorites today. 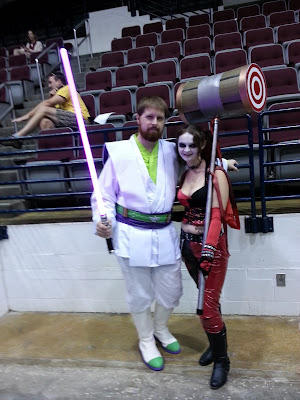