I know it's been a while since I've been posting regularly. There just hasn't been a whole heck of a lot going on lately. So, I thought I'd grace you :) with an update on all the little stuff that's been going on.

I've been checking out NCIS DVDs from the local library and am now as caught up as I'm going to be for a while. I've watched the first episode of Season 10 (the current season). I enjoy watching the episodes without commercials and with all the special features so I'll probably wait until the library gets the 10th season on DVD to continue watching. It's a very good show. If you like any shows relating to criminal investigations or enjoy good ensemble comedies/dramas, I highly recommend it. 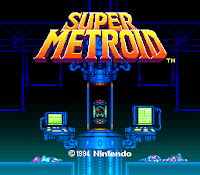 Whoever came up with the virtual console idea on the Nintendo Wii was an absolute genius. We had bought a couple of the special online Wiiware games like Dr. Mario and Tetris, but I've started looking through some of the old games that they have and I will definitely be purchasing some of them. So far I've gotten Super Metroid and Ocarina of Time. We'll probably purchase a couple of the older Marios, Zeldas, and maybe a Sonic or two. It's a pretty cool concept and is also transferable to the new Nintendo system. This adds a whole new meaning to the term backwards compatibility. 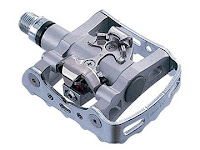 Yesterday we took our bikes in to the shop to get their spring tune up. Last year we waited too long and then were without our bikes for about a week since everyone had their bikes in at the same time. We decided to be proactive this year. While we were there, I found out about a really neat pedal. I've been thinking about buying clip-in pedals for a while now, but one of the guys in the shop pointed out this neat little guy to me. It's both a clip in pedal and a regular pedal all in one. I'm still debating it since since the pedals and shoes together aren't exactly cheap, but I'll probably be buying these in the near future. 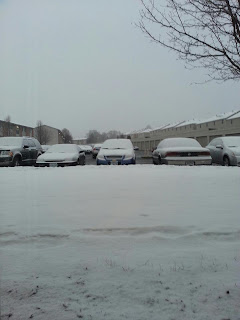 Other than that, I'm just in my usual spring routine. Going a bit stir-crazy waiting for the weather to stop doing this!!! ------------------>
Yeah, this was what happened over night last night. Seriously, someone needs to tell Mother Nature that it's the 5th day of Spring! NO MORE SNOW!!!

And yeah, that's about it. Once the weather finally turns, I'll probably be doing a lot of bike riding this year. Then maybe I'll start writing some updates about that.
Posted by Patrick at 8:34 AM